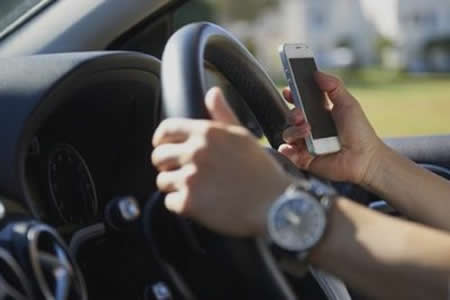 We’re all familiar with the sight of speed detector vans parked by the roadside in the UK; but how about mobile phone detector vans?

Drivers in Warwickshire may be in for a surprise as this new technology is being trialled on ‘A’ roads and motorways in their area over a three month period. Those caught using a mobile phone while driving during the trial may be given a warning letter; although the most serious offenders may actually be prosecuted.

The vans will be equipped with a number of cameras which will record video footage of drivers as they pass. They can detect whether phones are in use,  in addition to spotting infringements  of the seatbelt law.

Statistics show that a large proportion of collisions are caused  by  drivers using mobile phones; and in 23% of fatalities the seatbelt was not being worn.

Speed cameras (or safety cameras as the police like to call them) are not always a welcome sight for drivers. There are many who argue that their use in certain areas is unjustified and they’re just used as source of revenue. A survey carried out by the RAC however, showed that a large majority of 79% were in favour of this new move. And who wouldn’t be apart from the minority of irresponsible drivers who think it’s okay but other people at risk?

There are also plans to adapt the technology to detect ‘tailgating’ offences. A one year trial of this on the M1 near Northampton picked up over 60,000 instances of this in one year between 2020 to 2021.

Mobile phone offences are currently picked up by officers in specially equipped LGVs patrolling dual-carriageways and motorways. These new static cameras however are likely to pick up a much greater number of offenders should they be deployed.

Watch out – you have been warned!