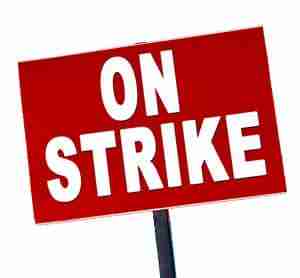 Are driving examiners set to strike as they vent their anger at the extra work forced upon them by managers at the Driving Standards Agency?

The strike is called off as DVSA management have backed down in their attempt to force examiners into an 8 test day. They have agreed to postpone the idea for a minimum of 12 months. They have also agreed to the implementation of a proper timing study in conjunction with the union; in addition to holding further discussions with full union involvement in the process.

Examiners currently conduct 7 tests per day in 57 minute long slots. As the agency panics to try and get the waiting list down after the Covid-19 cancellations, they now want examiners to conduct 8 tests per day. The problem is that there is no extra time available to do this; or any extra pay. An additional test each day will generate a lot of extra money for the agency, but none of this will be used to give examiners what they see as a long overdue pay increase.

A driving examiner’s job is time pressured; particularly at test centres in busy cities where traffic jams can often cause tests to run late. There is concern that the added pressure of trying to squeeze an extra test in will create unnecessary stress; and the PCS union’s viewpoint is that managers are simply ignoring the matter of staff welfare.

There is also concern that the only way to conduct 8 tests is to cut test routes; and to omit things from the test in order to save time. This could lead to a lower standard; and poor drivers passing owing to learners spending less time on the road than they do at present.

Apparently the DVSA have conducted trials which management claim to have been a success. These trials however were conducted at only a handful of selected test centres during the school holidays when the roads were at their quietest.

The examiner’s union claim not to have been consulted during the decision making process. They have asked for a full timing study to be carried out, and for proper research to be conducted into the affect these changes may have on staff welfare. Management has not met those requests; and it seems that they are oblivious to the strength of feeling amongst disillusioned staff who feel that their own concerns are being ignored.

Update: Following the ballot we have been reliably informed that examiners have voted overwhelmingly in favour of strike action (92%) and ‘action short of a strike’ (95%).

LGV tests to get easier >>>