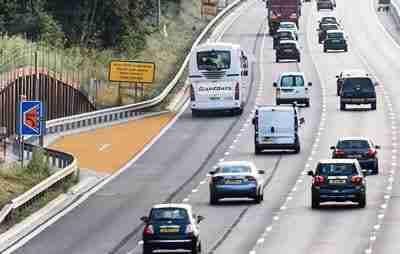 Are smart motorways safe? If the answer is yes, then why do people keep getting killed on them?

Over the last five years, 38 people have died in incidents that would probably not have occurred on a regular motorway. On one section of London’s M25 alone, after conversion to a smart motorway there were 1485 ‘near misses’ recorded, compared to only 72 in the previous five years. That’s a staggering twenty-fold increase.

Between 2015 and 2018 an average of eleven people died each year on smart motorways. That’s despite them only accounting for a very small part of the motorway network.

Why were they introduced?

The idea of smart motorways was to improve the flow of traffic during peak times by opening up the hard shoulder as an extra driving lane. So when drivers break down, what happens? The answer was to build emergency refuge areas at regular intervals to provide a space of safety. But the problem is, in the event of a breakdown, the vehicle may not be driveable to reach the emergency refuge.

We now have a driver stranded on the main carriageway who has to try and get out and reach a place of safety. On a motorway that is a very dangerous prospect indeed.

These stretches of motorway are apparently continually monitored by cameras to detect problems. The problem is, the solution to that problem may not arrive in time to prevent a serious incident occurring. There have been numerous instances where truck drivers have struggled to change lanes in time to avoid these breakdowns. One could argue that that’s down to driver error; they are simply not looking far enough ahead. But that’s no consolation whatsoever to the victims.

More and more frequently people ask the question ‘are smart motorways safe?’ There are increasing calls the scrapping of the scheme, but Highways England has so far continued to defend their use. There have even been calls for Highways England to be held criminally responsible.

The government’s own website had a guide on how to drive on a smart motorway here – for some reason they have now withdrawn that advice. One might wonder if they are trying to avoid taking responsibility?